If you want to immigrate to Canada through the Provincial Nominee Program (PNP), a Canadian territory or province has to nominate you. They will assess if you will be able to meet their labor or economic market needs.

The Provincial Candidate Program allows qualified and experienced individuals to settle in the province and particular territories of Canada. Those provinces and territories nominate individuals who wish to immigrate to Canada.

All about the Provincial Nominee Program (PNP):

Under Canada's Constitution, the federal government and each province and territory share the authority to manage the country's immigration system.

The Provincial Nominee Program (PNP) allows Canadian provinces and territories to nominate individuals who wish to immigrate to Canada and are interested in settling in a particular region. The only exceptions are the Northern Canada territory of Nunavut and Quebec. Instead, the province of Quebec has the authority to establish its selection criteria for economic immigration.

The primary purpose of the PNP is to spread the benefits of immigration across Canada. Before the launch of the PNP in 1998, most of Canada's immigrants settled in Ontario, Quebec, and British Columbia. Since 1998, however, Canada has seen a broader distribution of immigration across the country since the Prairie provinces (Alberta, Saskatchewan, and Manitoba) and Atlantic provinces (New Brunswick, Nova Scotia, Prince Edward Island, and Newfoundland and Labrador) have enjoyed more success attracting immigrants thanks in large part to the PNP.


How does the provincial nominee's program work?

Many provinces and territories participate in the PNP program along with their stream and requirements. These provinces can target students, entrepreneurs, skilled workers, and semi-skilled workers.

The following provinces or territories are currently participating in the PNP program:

Well, it depends on the provincial candidate program you are applying for. This process can be done online through Express Entry or on paper. 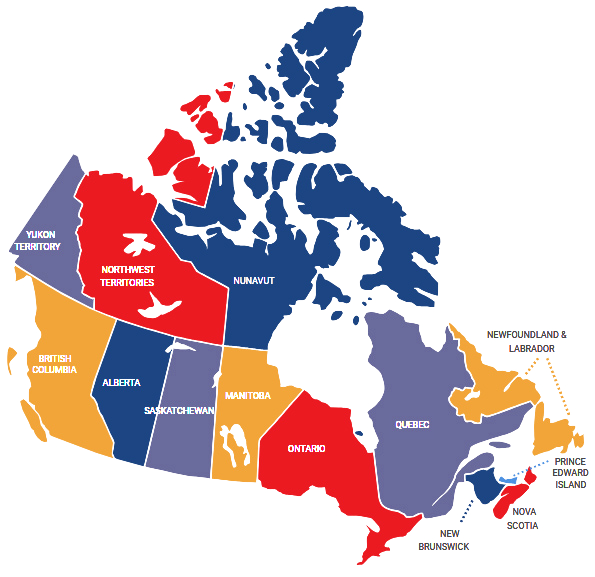 You can apply in two ways, either;

1. Contact the province to request a nomination under a fast-track entry flow. When nominated by the province, create your Quick Entry Profile to display your nomination. OR

2. First create your quick entry profile to display any particular province that interests you. When the province sends you a “Notice of Interest,” contact them directly.

No matter how you apply, you must be eligible for that province. Also, submit your express entry profile with minimal criteria. Once you are invited to apply, submit your electronic application to IRCC.

We recommend you to seek help from our professional and experienced consultants in filling and completing the application form accurately before submission. Our huge experience with many immigration issues will help you in getting the nomination acceptance.

If you think that you might be eligible, contact us immediately for more information or feel free to book an appointment for consultation with an immigration professional for more advice.